It’s a landmark that represents our current Royal Family, and still functions as their head office in London, yet the well-known façade of Buckingham Palace hides two hundred years of history.  London Duck Tours just loves the place – Since 1993, the palace has been open to the public between late July and early October each year – the annual exhibition and tour of the state rooms should be on everyone’s London bucket list.  (Viewed from Queen’s Gallery Side).

Originally a private London residence for the Duke of Buckingham dating from 1703, known as Buckingham House, it was acquired by George III in 1761 as a gift for his wife, Queen Charlotte.  With a total of 15 children, this royal couple needed space and extra bedrooms for their sizeable family – a feature which the Tudor designed St James’ Palace could not offer.=

Shortly after coming to the throne in 1837, the young Queen Victoria was quick to move away from the cramped and dated rooms of St James’s Palace and install herself and her new court into Buckingham House, renamed Buckingham Palace from then on.

Queen Victoria, alongside her very practical husband Prince Albert, oversaw a series of renovations and modernisations – extending the palace with Architects John Nash and Edward Blore, and giving it a similar shape to the one we see today.

Throughout the 20th and into the 21st Century, Buckingham Palace still remains a focal point for national festivities and significant moments. The celebration of V E Day, The Queen’s Jubilees and key birthdays – most recently her 90th – have all centered on the palace and who can forget those first kisses for the cheering crowd by newlywed royals on the balcony!

Get there by Tube

Buckingham Palace is surrounded by 4 tube stations, all listed below.

Check out our map below to see how you can get to Buckingham Palace by tube station. 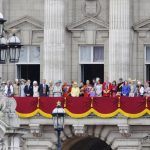 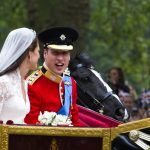 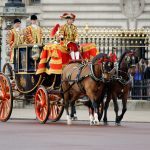 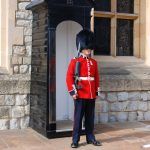