We are delighted to announce our inclusion in this year’s Parliamentary Review.  The publication aims to share best practice amongst policymakers and business leaders across the UK.  The full article includes an interview with Director, Alistair Bigos and a message from Rt Hon The Lord David Blunkett, MP and Rt Hon The Lord Eric Pickles, MP.  The full article is available by clicking here.

Our service from 18th September

We are sorry to advise that Thames Water has exercised its statutory rights and given notice to acquire our launch pad at Vauxhall.  This means, regretfully, London Duck Tours’ current business of carrying fare paying passengers on the River Thames must cease from 09.00 on Monday 18th September 2017 to make way for the construction of the Thames Tideway Tunnel. Managing Director of London Duck Tours, John Bigos said, “The 18th September will be a very sad day for the company, which was going from strength to strength, but it was vital not to delay construction of this much needed infrastructure project.” “Tourists worldwide and Londoners will surely miss our iconic bright yellow DUKWs travelling around town. They have become... View Article 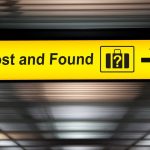 4 London Emergencies (and How to Handle Them)

Holidays are meant to be relaxing, but from airports to unusual food, there are a lot of things that can go wrong in the process. Being in a foreign country can make it more difficult to cope with setbacks than when you’re in the comfort of your home country, so here are a few ways to deal with minor emergencies in London to make your life easier. Lost Luggage Each airline will let you know their procedures for finding your luggage or claiming compensation, but in the meantime you’re in London with only the clothes on your back. Most travellers have a set budget, so having to buy a week’s worth of clothes could seriously have an impact on what... View Article 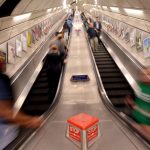 London is sometimes seen as a city-state rather than just a capital – while Britain has its own culture and quirks, London has additional rules and etiquette requirements that aren’t seen or observed elsewhere. Here are a few tips to help you navigate the city’s social expectations and have the most pleasant stay possible. The Tube The Tube is another microcosm within London, and has its own special rules and expectations. Firstly, tourists should avoid using the tube during rush hours if possible (around 6am-9:30am, and then 4:30-7pm) – the tube is a vital part of London’s infrastructure and is used by people every day to get to work. As such, it’s already extremely crowded and best avoided if you... View Article 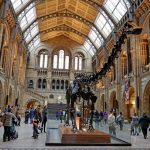 Most Instagrammable Places in London

If you love updating your social media and choosing the perfect filter, London is an excellent place to visit. The architecture is so varied, experiences are so wide-ranging, and the aesthetics are so striking that you can find hundreds of beautiful places to keep your Instagram updated. Here are a few of our favourites for a little inspiration. St Paul’s Cathedral The dome of St Paul’s is probably one of the most iconic pieces of London architecture. Close ups are easy to come by, but there are a few different perspectives you may want to try. For example, if you cross the river near the Millennium Bridge there is a man selling bubble guns – you can take a beautiful... View Article

London is a strange, unusual, and varied place – people have been living in the capital since the Bronze age. Nowadays, there are over 300 languages spoken in the city and it’s home to innumerable art projects, guerrilla installations, and notable people. This long history and eclectic mix mean that there are some oddities found in London that simply can’t be found elsewhere. Here are some of our favourite examples. The Fart-Powered Lamp Post Rather than being a modern-art joke, this is actually a piece of Victorian engineering. The Carting Lane Lamp is just off the Strand, behind the Savoy (definitely not where you’d expect to find such a crude pieces of machinery). In the 19th century, Joseph Webb created... View Article 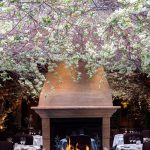 The Most Romantic Restaurants in London

If you want to celebrate a special occasion or just impress a date, it can be difficult to find the perfect restaurant, away from tourists, hyped-up menus, and the desire to crowd as many people in as possible. Here are some restaurants that are bound to impress and create a romantic mood. Clos Maggiore No romantic restaurant list is complete without this addition – it’s repeatedly been voted the most romantic in London and it’s easy to see why, with its intimate courtyard, blossom roof, and sparsely quiet seating. Located just off Covent Garden market, it can be difficult to book a table so it’s important to do so in advance rather than leaving it to the last minute. Galvin... View Article 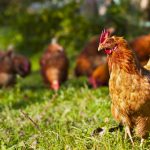 4 Things You Never Thought You Could Do in London

London is an incredible city, but cities tend to have limitations – things like general landscape/geology and overcrowding often mean that certain activities are off limits unless you’re willing to travel into the countryside. However, London is truly unique in a lot of ways – here are 4 activities you definitely didn’t think you could do in Britain’s capital. Go to a Farm Farms might be something that you associated with the bucolic countryside – vast open fields, roaming livestock, and perhaps a little farm shop. But did you know you can get all of that in the city? London is home to numerous city farms including Hackney City Farm, Hobbledown, Kentish Town City Farm, and Hounslow Urban Farm. These... View Article

London has a long and colourful history, but there are also a lot of myths circulating about London that don’t have any truth about them. Given how many absurd and bizarre tales are true, it can be difficult to distinguish fact from fiction, even for the most seasoned London buffs. Here is some of the most persistent fake news there is about London. Old London Bridge was Not Sold to a Gullible American The story goes that an American bought Old London Bridge thinking that it was Tower Bridge. However, the real story is even stranger – a US businessman called Robert P. McCulloch bought the last London Bridge and brought it to Arizona where it still stands today, in... View Article 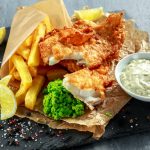 4 Essential Eats When You Visit London

British cuisine may not be as widely known or appreciated as Italian or French, but we certainly have some classics that need to be experienced when you visit the UK. Make sure that you don’t leave London without at least trying a few of these! Fish and Chips Fish and chips is a national institution – Winston Churchill called the elements of this dish ‘the good companions’, Michael Jackson liked it with mushy peas, and it’s an essential treat for most British families. Almost 230 fried fish takeaways are served every year in the UK, making them the 5th most popular type of takeaway nationwide. It may not be diet-friendly, but it’s important to treat yourself every so often. At... View Article